“…First and foremost, the stellar performance of the Glimmerglass summer (and every season has one) surely has to be the “Cleopatra” of Russian Lyubov Petrova who I found quite effortlessly magnificent. “V’adore pupille” and ‘Piangerò’ were just flat out sensational. ‘Sipietà’ got off to a dodgy orchestral start, but our diva pulled it intorhythmic focus quickly enough. Ms. Petrova is possessed of a gleamingand substantial lyric voice, with radiant sotto voce capabilities, and afull arsenal of gleaming coloratura fireworks at her command. Thesoprano already has major Met credits on her resume and small wonder, for she is a major talent. Watch for her at an opera house near you. You will thank me…”

“…She is nothing short of sensational, the Russian soprano Lyubov Petrova. As Cleopatra in Giulio Cesare, she sings incredibly, acts equally superbly and makesa stunning presence whether flirting, making love or lamenting atragedy. In her debut with the company, Petrova mesmerizes audiences somuch they are tempted to give her standing ovations in the middle ofthis performance of Handel’s work…”

“…Thereal star of this production is the Russian Lyubov Petrova, whoselarge, sweet voice carries well throughout the Music Hall, in itself nosmall feat. Petrova sings with a warmth that perfectly suits the role of Susanna, who I always thought should be the very embodiment of the desirableyoung bride, petite and delicate, yet also shrewd and capable ofprotecting herself and her abiding interests in Figaro…”

“…Russian soprano Lyubov Petrova puts her distinctive – and memorable – stamp onthe celebrated aria. Petrova, a commanding actress and a singer withseemingly inexhaustible power and blazing technique, impresses throughout the production, but the mad scene – as it should – climaxes her performance. Alternately hushed and explosive, sheevocatively conveys Lucia hallucinations and fast-shifting moods, without falling into the easytrap of overacting. It is a suitably scary yet poignant portrayal. Atthe same time, Petrova handles the aria’s intricate ornamentation, leapsin register and other notable vocal challenges with flawless accuracyand seeming ease…”

“…Lyubov Petrova made Lucia a multilayered figure, though intense and febrile from thestart. Petrova does nothing false onstage (no lunatic shrieks for thisLucia) and combines welcome, shining tone with expressive phrasing andgood musical instincts. Floated high lines were ravishing…”

“Lyubov Petrova captured the naïveté and purity of Gilda with eloquent, refined singing… marvelously spun on threads of silkentone, and the soprano was equally compelling when the temperature rosein the subsequent acts…”

“…in part because the Gilda of Russian soprano Lyubov Petrova was so ravishing, in every way, thatshe bore nearly as much of the dramatic weight as did the title role… Petrova’s instrument was all satin warmth. She had the agility and rangefor the showy ‘Caro nome’, but she was even more impressive findingwonderful nuances of phrasing and dynamics in the delicate “Tutte lefeste al tempio”. She riveted the attention not with raw power, but withfinesse, astonishing accuracy and a pianissimo to die for…”

“…Lyubov Petrova wears the sequestered ingenue’s innocence well, her facesweetly open with trust, her soprano as pure and light as snowfall orthe milk-white shawl she clutches to her heart. Listening to her sing “Caro nome” is like reclining into a bed of silk pillows: elegant, smooth, luxurious…”

“…Ms. Petrova… was a vocally scintillating and delightful Zerbinetta…”

“…Petrova’s Zerbinetta had enough sex-appeal in her little finger to fill the entire Dorothy Cha ndler Pavilion, and she goaded her hilarious quartet of lovelorncomic masks – here costumed as garishly accoutered beachgoers – toheights of farcical invention. But in the middle of her great aria, delivered with impeccable control and accuracy, Petrova unexpectedly turned toward Ariadne’s cave as if pleading for understanding. ThisZerbinetta’s obsession with different men created as much turmoil withinher as the abandonment by Theseus caused Ariadne; she was as vulnerable ‘onstage’ as she had been in the Prologue, so that her kinship with Ariadne was stressed as much as, or even more than was her differencefrom her…”

“… the beautiful Lyubov Petrova delivered stunning musical cartwheels in both acts. As a less-bawdy-than-usual Zerbinetta, she managed both the fun and the genial philosophizing with operatic zest…”

“…Ms. Petrova everywhere proved worthy of the title role [Lakmé] on Friday, negotiating even the hair-raising acrobatics of the famous Bell Song with free and open tone…”

“…As Lakmé, she provided the complete package: beauty, bearing, understatedemotion, clear and elegant coloratura that never got in the way of aheartfelt portrayal. Her Lakmé was as innocent as her Despina wascunning, and the look she gave Gérald as he returned to see her diemingled surprise, resignation and bliss…”

“…No doubt about it, the opening night performance of Lakme was a personal triumph for Russian soprano Lyubov Petrova in the titlerole. Every woodland call from the Brahmin princess gurgled like a purestream. Every pianissimo glistened and floated like pure silk…”

“…a sparkling Glyndebourne performance of Prokofiev’s Betrothal in a Monastery, with the ravishing Lyubov Petrova as its star… Vocal honorsamong the cast go to Lyubov Petrova, who has just the right weightsoprano and girlishly sweet timbre for Louisa. She hits every note dead-on, even during those tricky Prokofiev interval jumps during recitatives; her solid rhythmic sense means thatlittle touches such as the “Tak tak tak” and “da da da” triplets in theAct III scene at Mendoza’s house sound as precisely articulated as atongued note by a flutist. Petrova gets to sing one of themost ravishing love duets ever written, “Moya mechta” (My dream) , andit is sung beautifully indeed; the melody’s opening upward octave leapperfectly captures the sky-high romantic expectations of a teenagegirl…”

“…Vocally, the performance of the night came from Lyubov Petrova’s sparkling Adele…”

“…The vocal star is easily the Adele of Lyubov Petrova…”

“…Petrova,who was so impressive last season in her debut as Zerbinetta in “Ariadne auf Naxos”, seized the opportunities in presenting Juliet to reveal other dimensions of her artistic range. The soprano’s agilityserved the sensuality in Gounod’s opera, while her warmth andcoloristic range were enthralling. Juliet was a triumphant role debutfor Petrova...” 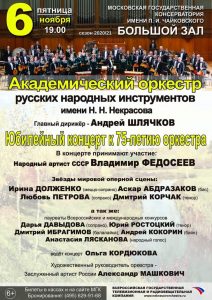 Several of IMG Artists’ wonderful singers will be among illustrious company in contributing to the World Opera Day Celebration concert on October 25, 2020... 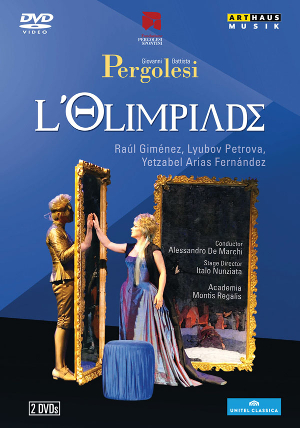